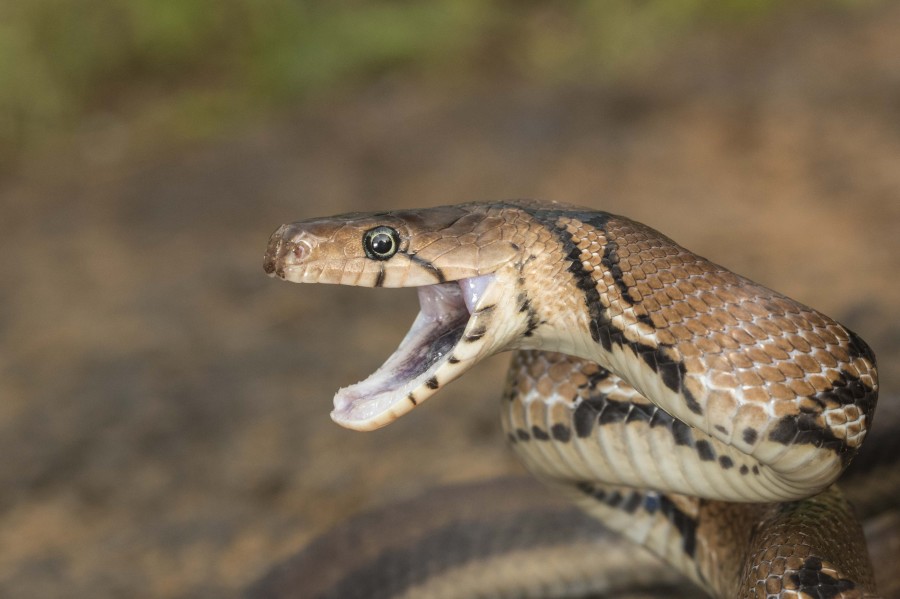 Certain species of snakes I simply never find. As a snake rescuer working only in coastal Goa I only encounter about twelve odd species in people’s homes. For anything outside of the twelve species I rely on my friends (the one’s who rescue snakes of course!).

Recently one of my friends called me up to discuss something about snakes. We chatted for a bit and then as he was about to hang up the phone he suddenly remembered a trinket snake he had rescued from someone’s house. ‘Do you want to take some pictures of it’ he asked me nonchalantly.

‘Of course I do!’ I shouted with glee. I could hardly contain my excitement. The only time I had ever seen a trinket snake was when I was training to handle snakes at the Pune snake Park over fifteen years ago!
The same evening I went over to my friends house to see the snake. My first impression of it was that it seemed quite big and strong. The snake was about a meter in length and twice as thick as my thumb. 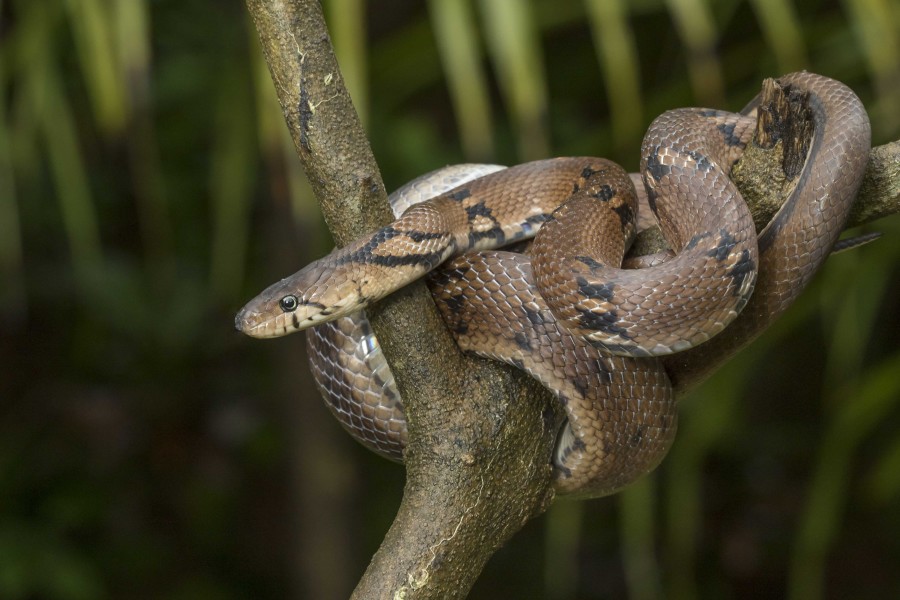 The snake was very inoffensive and made no attempt to bite as my friend handled it and I snapped away with my camera. I was testing my new 17-40 mm lens and I hoped to get some good pictures of it. After about four minutes of photographing the snake we let it go back in the forest. When I got back home I loaded the pictures onto my computer. As I scanned through the images a sense of horror began to creep into my heart. Not a single of my images had turned out any good. Apparently I had no clue as to how to shoot with my new lens. So much for feeling like a professional photographer!

But as luck would have it two months later my friend found another Montane trinket snake. This time I went to his house fully prepared. Trinket snakes are quite glossy snakes and therefore reflect quite a bit of light which shows up as glare in strong sunlight or under the influence of a flash. I was prepared for the glare this time though. I had with me a polarizer filter fitted onto the front element of my same 17-40 mm lens. I had already tested the filter photographing a python the previous month and was very satisfied with the results!

I spent a similar four minutes photographing the snake. And this time when I checked my images back at home I had a big smile on my face. The polarizer filter, as it turns out, had done a pretty good job of controlling the glare bouncing off the snake’s smooth body!