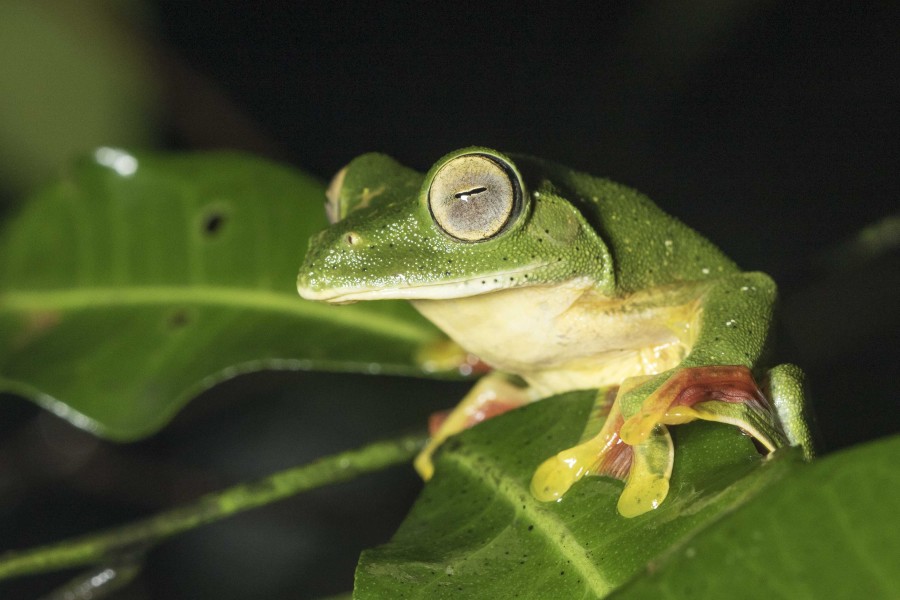 Sidesh obviously knew his wildlife spotting places. As we drove through the heavy rain in the night, the steep road climbing the Chorla Ghat illuminated only by my car headlights, he suddenly signaled me to stop at a seemingly arbitrary spot. Car parked he got out of the passenger seat and made his way to a five meter tall tree growing at the side of the road. I, along with two friends of mine Samir and Loyd, followed him and together we all began scanning the branches of the tree with our flash lights.
‘Here’s one.’ said Sidesh after two minutes of searching.
I was immediately excited. Sidesh had the beam of his torch held steady on a small branch growing almost at the top of the tree. Despite the fact that he had our subject captured squarely in the beam of his torch light it still took me thirty seconds of squinting to realize what my eyes were seeing. It was a Malabar gliding frog! 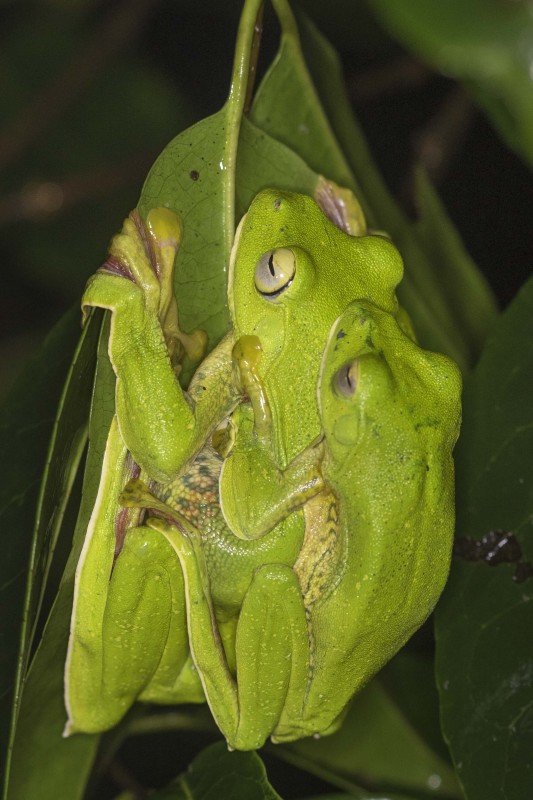 The frog was very well camouflaged and to have found it Sidesh obviously needed to have had a good understanding of its behavior and a pair of astonishingly sharp eyes!
‘It’s a beauty…but too far to photograph’ I said to Sidesh while continuing to observe the frog who was now beginning to turn its back on to us.
‘Let me see if I can find you one lower’ said Sidesh cheerfully.
Three minutes later he had found another one perched on a small bush right in front of us. The little amphibian was in an excellent position for a photograph and both Samir and I gleefully snapped away with our cameras. Despite us using our flashes the little frog didn’t seem too bothered at all. It slowly climbed up a short stem, and then settling into a favorable spot, inflated its throat sac and began croaking vigorously while we were still taking pictures of it! 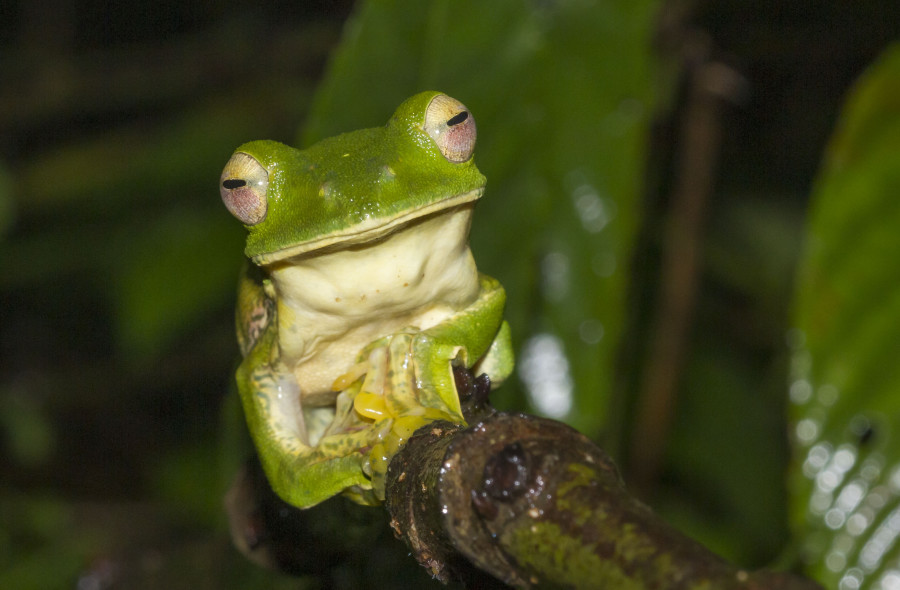 Of all the species of frogs I’ve seen in the wild the Malabar gliding frog is my favorite species. The unusual body positions this specimen held when gripping onto twigs coupled with its webbed feet reminded me so much of Spiderman! The webs which extend all the way to the discs oainsf each toe help this frog glide distances of up to twelve meters!
The Malabar gliding frog is endemic to the Western Ghats. Despite being an amphibian active in humid conditions this frog usually does not like to sit in water. When mating a male will grab a female behind her armpits in an embrace known as axillary amplexus. Mating frogs, while in amplexus hold onto a branch, and beat their legs to form a foam. The eggs are laid in the foam, and covered with seminal fluid, before the foam hardens into a protective casing. The foam nest is usually built above a pool, so the baby tadpoles can tumble into the water just as soon as they hatch. 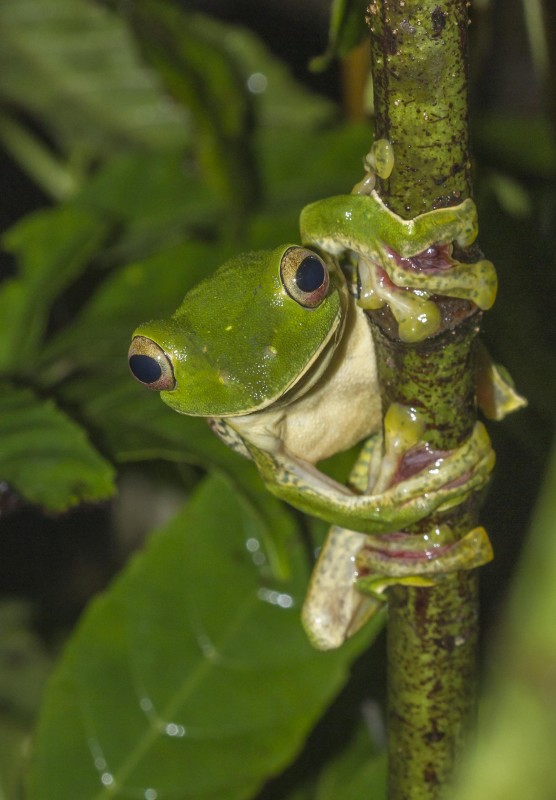