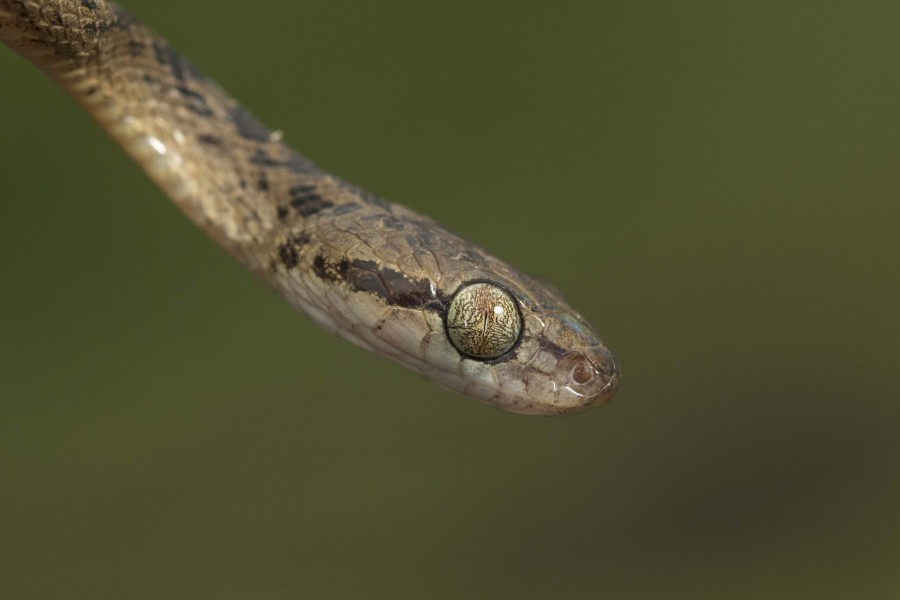 Semi-venomous
Goa is home to over thirty species of snakes. A majority of them however, are rarely seen since these snakes are either restricted to specific areas or habitats and are therefore never seen around human habitations.
As a snake rescuer I am most likely to encounter Spectacled cobras, Russell’s vipers, Indian rat snakes, striped keelbacks, checkered keelbacks, common wolfsnakes and bronzeback tree snakes. These seven species make up around seventy percent of the snakes I find in and around people’s houses. Rock pythons, Whitaker boas, vine snakes, common kukri snakes, Russell’s Kukri snakes, common kraits, banded racers and saw-scaled vipers bring in the most of the remaining thirty percent.
To find the remaining species I simply have to go snake hunting in Goa’s forests. Take for example this Beddome’s cat snake. I don’t have any chance of finding this snake around human habitation (unless of course we are talking about a human habitation lying right in the middle of the Western Ghats!).
This cat snake was found by a small group of snake enthusiasts in Ambolim. On finding the snake they pulled it out of the low bush it was moving in and placed it on a twig so they could photograph it. I was there with my own group of friends and we piled on to the opportunity to photograph the cat snake as well. The cat snake didn’t seem very bothered by all the flash lights going off around it and assumed a comfortable position coiling around the twig.
Even so the young men who had found it were quite sensitive to the probability of the snake getting stressed by us handling and photographing it. In less that five minutes they had wound up the photography session and released the snake back onto the same branch they had found it on. As I looked around at the faces of most of the men in the group I realized that most of them were in their teens or early twenties. It was indeed pleasing and admirable to find such a high level of sensitivity and awareness towards reptiles among these men despite their young age. 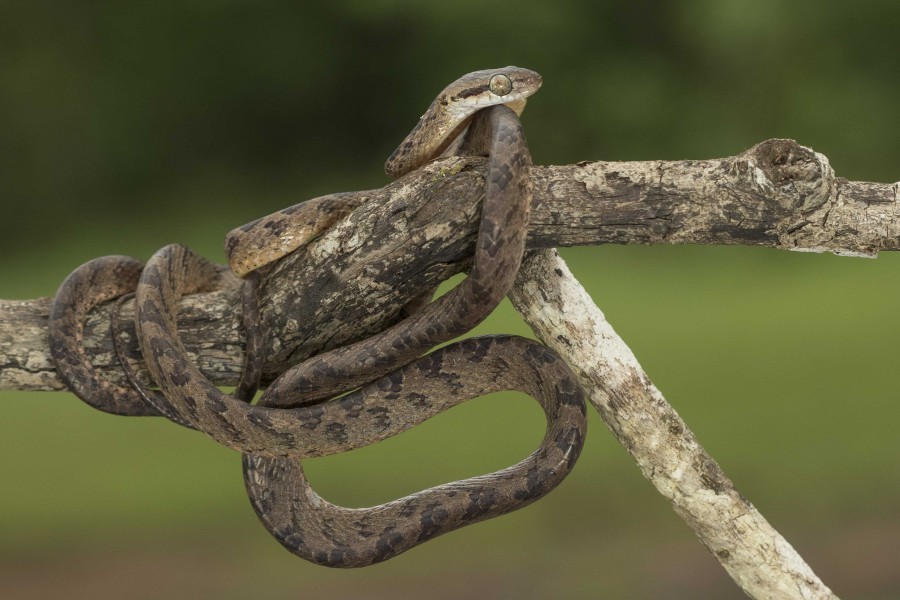 ‘What do you think it is? A Beddome’s cat snake or a Ceylon’s? I asked them once the snake had been released.
‘Impossible to say unless we’d done a scale count’ replied one of them.
He was right of course. These two snakes don’t just look alike but they overlap in their distribution as well. Both are found in the same areas of the Western Ghats (although the Beddome’s cat snake is also found in Sri Lanka).
Snakes of India mentions that the Beddome’s Catsnake is visually indistinguishable from the Ceylon Cat. However, the former has more belly scales. Another important difference between the two is the number of teeth in the upper jaw, but this is hard to examine in a live snake.
Over successive visits to Ambolim I found the same kind of cat snake at least three or four more times. The thought of performing a laborious, tedious and stressful (to the snake) scale count never occurred to me. I was happy narrowing them all down to just those two species!
Both these species are credited with being nocturnal and arboreal. They supposedly feed on geckos, lizards, and sometimes small birds which they paralyze with a mildly venomous bite from rear fangs. Both species are oviparous laying 3-10 eggs. 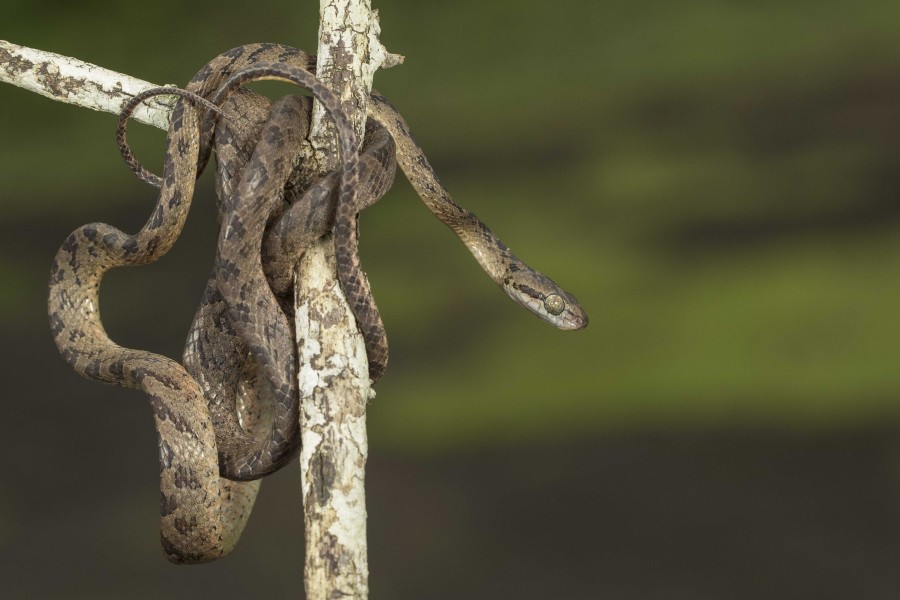