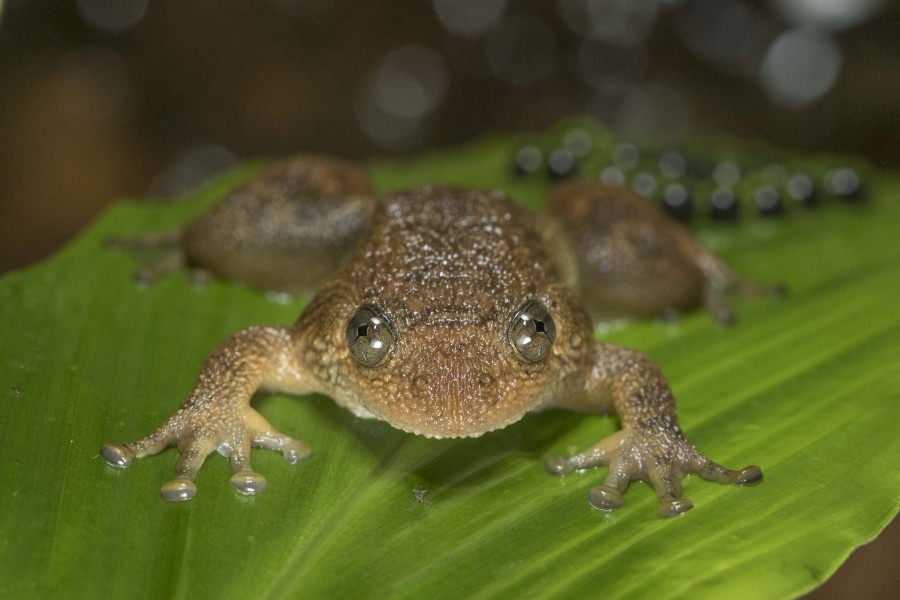 ‘It simply has to be a bird. The call is unmistakably bird-like. But why would a bird call in the middle of the night in the pouring rain?’ I thought to myself.
I was in Amboli walking along a road shrouded in pitch darkness. As a gust of wind blasted through the trees it whipped cold rain at my sides, mocking my efforts to stay dry with just an umbrella. Thick mist poured in from the trees and at times my torch light barely illuminated anything more than four feet in front of me.
I shivered with the cold but thanked the fact that my colleague Loyd accompanied me on this crazy quest to find snakes in a rainstorm. I knew for certain that this wasn’t a place I’d be brave enough to explore alone!
Loyd walked about four meters behind me and was already searching for the source of the strange call. Despite being one of Goa’s finest birdwatchers he admitted that he was clueless about the identity of the caller! 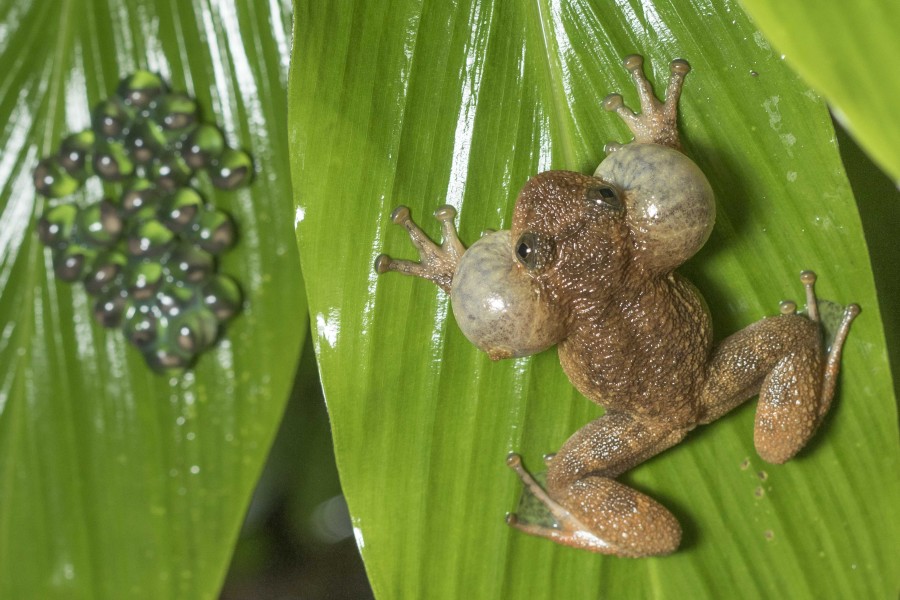 ‘But I feel I’m right next to it. Just can’t find where it is,’ he said while scanning the low bushes with his flashlight.
‘That’s strange cause I think I’m right next to it too’ I replied surprised. I began to suspect that our caller was a ventriloquist as well!
Several minutes later I was still fruitless with finding it and I had almost given up when I heard Loyd exclaim ‘Here it is. I’ve found one.’ He was holding his torch beam steady on the edge of a small stream.
A surge of excitement flushed through my body as I shouted ‘Really!’ and dashed off toward him.
When I looked at the perpetrator of the call I realized why I hadn’t been able to find it all along. It was the same color as the mud on which it sat and therefore almost impossible to identify. Looking at the little amphibian so beautifully blended in with its surroundings I didn’t know if I was more impressed by its camouflage or with Loyd’s keen eyesight!
Loyd told me that he had narrowed in on the frog when the calls ‘switched off’ just as his torch beam hit a particular spot. 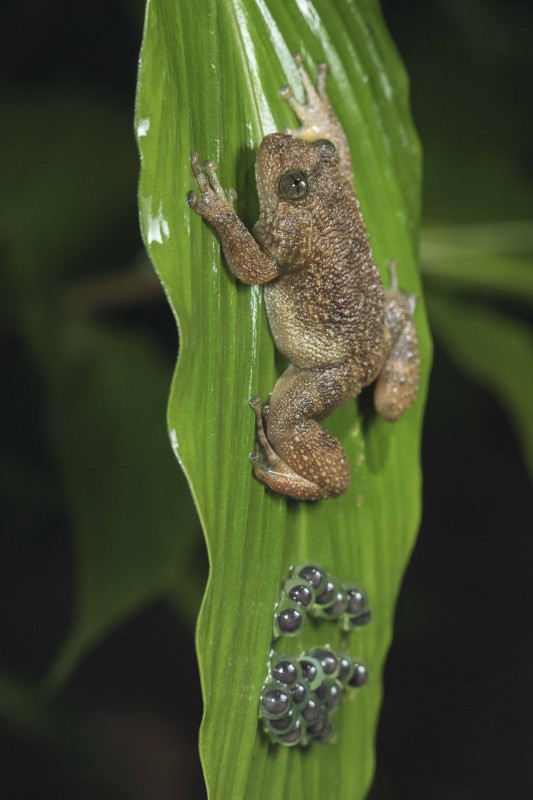 Almost a year later to the date I was back at the exact same spot with a German client Frank. But while I could enlighten Frank as to what made the strange sound I still couldn’t find a frog to show him. Ironically in the end, Frank found one for me! This time the frog was stuck fast to a green leaf hanging a few feet above the gushing stream and was therefore much easier to spot.
But as I stared at the specimen illuminated by the torch beam I was incredulous. The little amphibian was sitting right next to a whole batch of developing eggs! Incredibly still the eggs were almost fully transparent allowing me to clearly see the wriggling bodies of the tadpoles developing inside them!
An amphibian laying its eggs outside water is unusual since their eggs are extremely susceptible to drying. Most amphibians therefore lay their eggs in water bodies. Unfortunately the same water bodies will often harbor predators, parasites and pathogens that would gladly feast on these nutritious eggs.
But the wrinkled frog’s strategy of laying its eggs on leaves situated just outside the water allows it to get the best of both worlds. In doing so it reduces the chances of its developing eggs being destroyed by other creatures while ensuring that they are still close enough to water to remain moist and healthy all the while.
When the babies hatch they fall straight into the water body beneath them where they will find food to eat and grow and change from tadpoles into adult frogs. 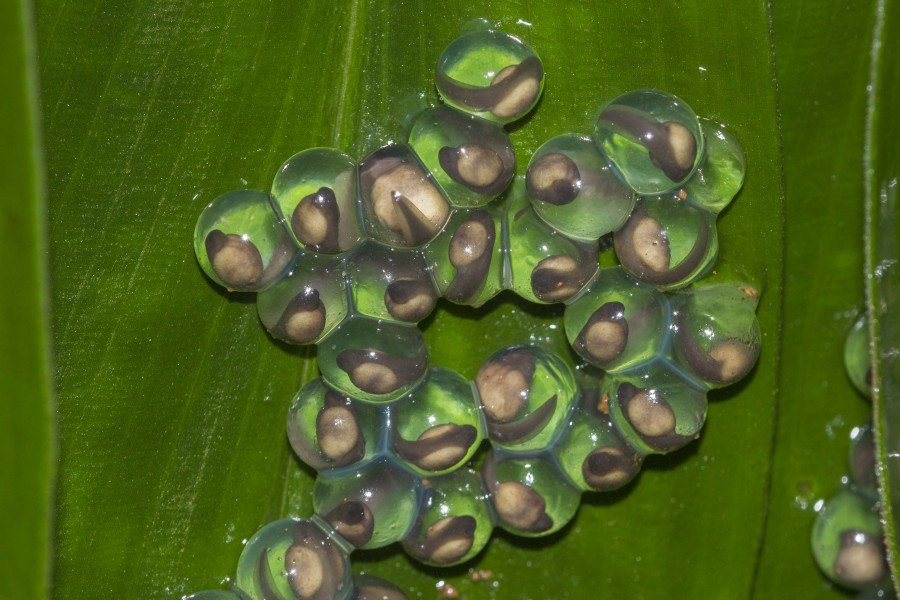