Click on the pics to load them in higher resolution

This stunning insect belongs to the swallowtail family of butterflies. I photographed this specimen at the Cotigao Wildlife sanctuary. Lucky for me this normally restless butterfly stayed still on a marigold plant as it warmed up in the sun after a short shower of rain. 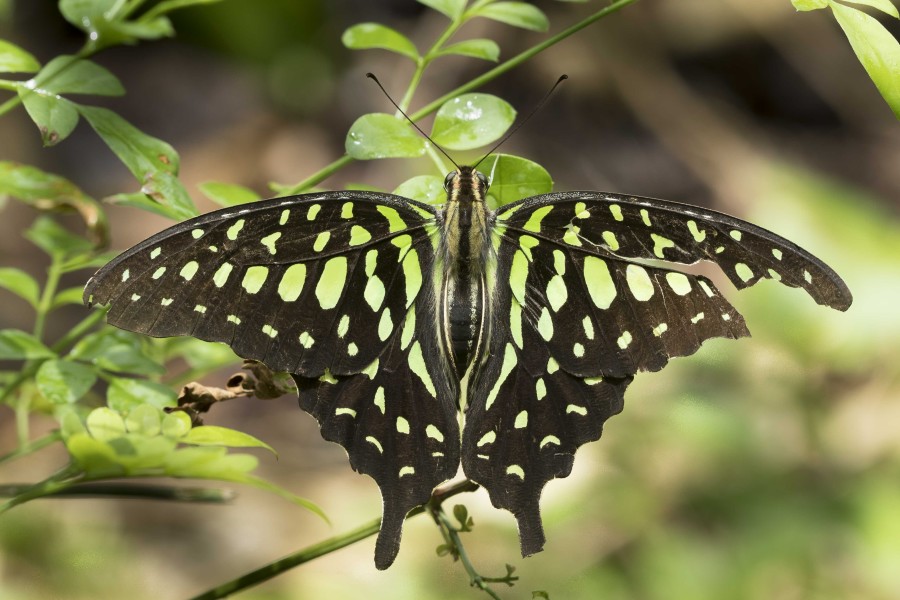 Tailed jays take about a month to go from an egg to an adult. Because of this short life cycle they bread several times a year and are therefore known as a multivoltine species. 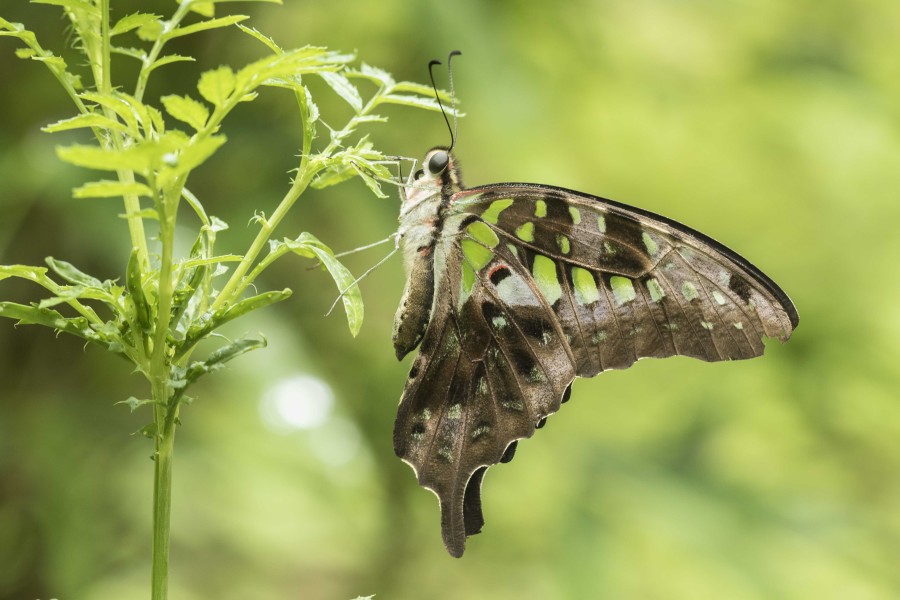 Once restricted to wooded country with heavy rainfall, tailed jays are now commonly seen in gardens and even urban areas due to their food plant, the False Ashoka, being widely used as an ornamental tree. 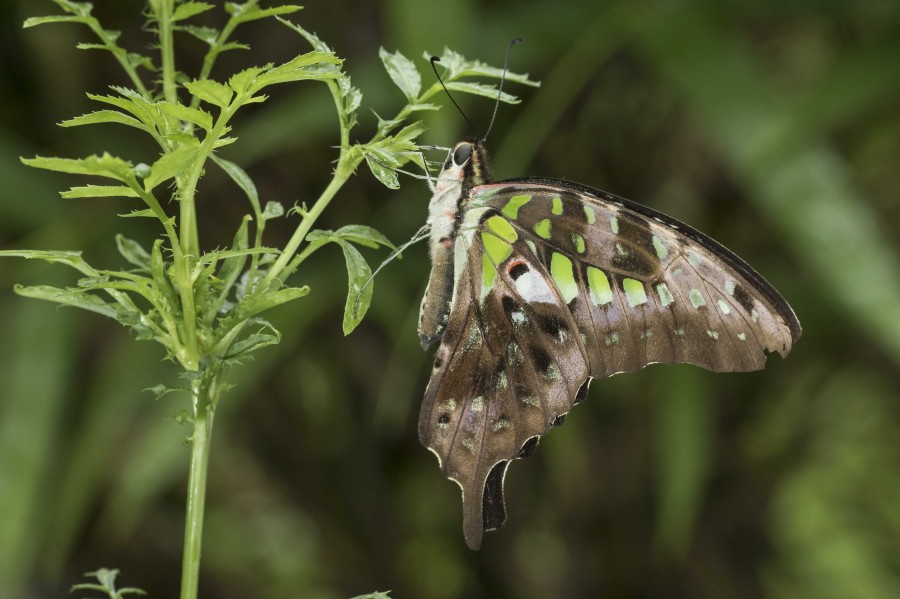 I used a flash for this last image which adds interesting texture and a different look from the photograph above it.