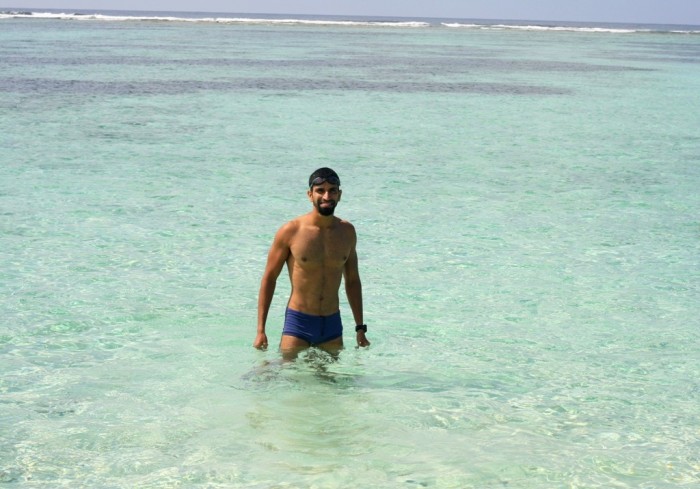 ‘This feels just like the Titanic’, I’m thinking. Fine, the ship I’m on is probably only a fifth in size. And I’m not as reckless as Leonardo di Caprio to be standing right on the edge with Kate Winslet. But I’m on the tip of the bow anyway, and I’m mesmerised by the sea rushing incessantly towards  me only to dive six meters below and disappear below the hull of the metal monster I’m standing on.

I’m thinking that if I fall, there’ll be no escape. Three flying fish interrupt my morbid thoughts. More than escaping from the ship they seem to be taunting it as they breeze across the surface for 50 meters before diving back in.

I scan the horizon and it’s just water all around. If Noah were to release a dove here he might as well have kissed it goodbye. I’d be surprised if the poor creature found anything out here, let alone a living twig to bring back to the captain. A sparrow on board seems to share my realistic attitude about being out here in the middle of nowhere. He’s moving around with tiny hops, taking care not to get blown away. He probably doesn’t know where we are going though, and is just along for the ride. I, on the other hand, am very excited, as I know that in less than twelve hours I will be in Lakshadweep!

The trip has been organized by the Lakshadweep ‘Sports’ tourism department. It’s a government run venture and it has its drawbacks. For one thing, the AC in the cabin, where I’ve been assigned a pushback seat, is too cold. To compound my discomfort, they’ve given us no blankets. I take some pride in the fact that I’ve come prepared with a leather jacket, thermals, gloves and a woollen cap. Even so, I have icicles in my beard. I’ve also not brought my shoes as I couldn’t imagine why I’d need them while swimming in Lakshadweep. Consequently I’ve no socks, so my feet freeze. I therefore keep going out to the upper deck where the sea breeze is a lot warmer and I can check on my sparrow buddy.

The toilets have a faint smell of ammonia, and the movies are mostly in Malayalam. One of them is a rip-off of The Exorcist. But as it turns, out it’s very hard to be frightened by a demon with a thick South Indian accent!

But really I’m just being a nag. At 5000 rupees all inclusive of food, snorkelling and sightseeing this trip, which leaves on Saturday and drops me back on Monday, is still a steal. It is not wonder that a lot of other Indian couples young and old have signed up for the same trip.

I’ve left from Mangalore, and the journey to Lakshadweep will take 14 hours. We land at three in the morning, but the ship hangs around a certain distance from the coast. We’re not allowed to land until six in the morning. To get to the island, I’m transferred into a small boat ferrying me across water that is to shallow for the ship.

I compare the colour of the water here to the muddy green water I saw back at the Mangalore jetty. This water is pitch black—like shiny crude oil. But I realize that it’s actually crystal clear. It’s actually allowing light to go all the way to the bottom of the sea, but because the water is too deep, none of it gets reflected back. That’s why the sea looks black. As we near the shore, though, the colour of the water changes from black to violet, then to dark blue, and finally to the most amazing light blue right at the docks. Now I know where Bacardi bottles its Blue Breezer!

Even here, the water must be several metres deep. But the visibility is crystal clear all the way to the white sands at the bottom. And swimming right here are some of the most stunning fish. Somebody push me overboard, please—I wanna start snorkelling right here!

But not one pushes me over. I’m whisked away into a small rickshaw and dropped off two kilometres away, at a small beach. After a quick breakfast I’m whisked off again, this time in a glass-bottomed boat to a smaller island only half a kilometre away. This island has white sands and some small trees on it. But it’s the water surrounding it that’s maddeningly tempting. The others have started kayaking around. Screw that, I wanna go snorkelling. I’m handed a snorkel and I get into the water. ‘Where’s the best place for seeing fish?’ I ask one of the guides.

‘Just put your head in the water’, he smiles. I sink in and enter a new world beneath the surface. Hundreds of fish are swimming around me. Most of them have congregated near a rocky outcrop and there’s a frenzy of activity there. There are fish of all shapes and sizes, and in the most stunning colours. I’m so delirious with joy, I almost scream into  my snorkel! I feel like I’ve landed right inside one of David Attenborough’s coral reef series.

I’m short sighted though and realize that I’m still seeing blurred images through the snorkel mask. So I return it and dive with my prescription goggles that an ophthalmologist friend of mine has been kind enough to make for me.  Now I’m back in business. Except for one thing: the goggles don’t come with a breathing apparatus so I’m forced to hold my breath underwater.

I realize I’m not that bad at holding my breath though and easily manage a minute at a time. Scanning all around me I greedily soak in the stunningly beautiful sea life all around me. I recognize the blue and black cleaning wrasse, trigger fish, butterfly fish, pipe fish, a grumpy puffer fish the size of football hiding underneath the rocks, and a red and white lion fish that swims away from me like a showy but angry ostrich.

But, for the most part, I realize that I’m an underwater illiterate. As far as identifying marine life is concerned I’m lost at sea, a fish outta water… OK, I’ll stop! There must have been more than 30 species of fish just here and all I could really identify was blue fish, red fish, yellow fish and striped fish. I need to get a good book on identifying fish and I need to get a camera I can take underwater like I need to get a ticket to come back here tomorrow.

One of the guides, on noticing that I was a decent swimmer, decided to take me swimming to another spot. We swam away from the shore now and about half a kilometre away we were among the most bizarrely shaped corals. Some round like footballs, others delicately branched, like Christmas trees. And just like the fish, they came in some of the most exquisite colours. I stretched my hand out at the corals and about ten brown fish came out of it to inspect it. Not knowing if they might have a nasty bite I withdrew my hand away quickly!

Up ahead, my guide has found a large tan coloured sea cucumber. He taps it a few times and the cucumber ejects a silky and very sticky bundle of strings at my feet. My guide gestures to me not to worry. ‘Gum ball model’, he says, as if that would comfort me. I’m not worried, just surprised at how effective this sticky thing is at sticking to me. Some of it still remains stuck to my sandal!

The snorkelling session comes to an end at lunch time. After that, it’s pretty much downhill for me. Folk dances, visits to the local T-shirt factory, and sightseeing. I would much rather go snorkelling again. Though I do like the visit to the 30-metre tall lighthouse. I climb 250 stairs to get the most amazing view of the island. Picture an island choc-a-bloc with coconut trees and azure waters surrounding it, and you’ve got a pretty good idea of what Lakshadweep looks like.

I’m winded running all the way to the top of the lighthouse. As I look out at the ocean, I realize I’ve been penny wise and pound foolish by not paying the measly camera charges. This would make for a great shot for my article. So I dash back down to get my camera. And then back up a second time. My calf muscles will hurt for a week after that!

But right now I’m just pleasantly spent. This was a lovely weekend. And it comes with a takeaway too. Lakshadweep is an archipelago of 45 different islands and I’ve only visited one of them called Kalpeni. Most of the other islands are not even inhabited, and there are four more islands that I could definitely explore for some amazing sea life. And I will. Soon. Right after I learn diving in the Andamans! 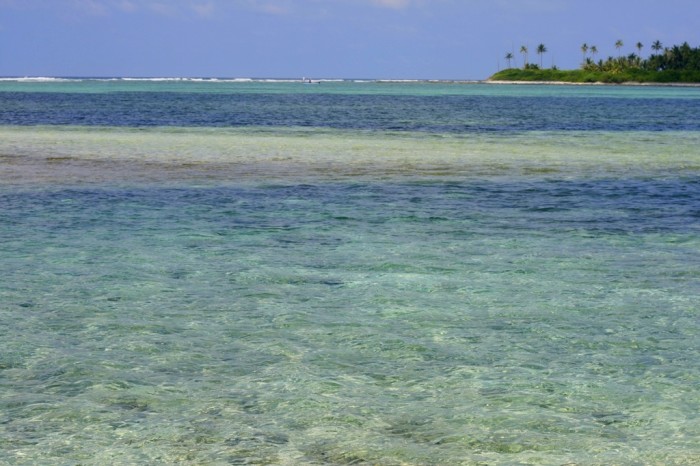 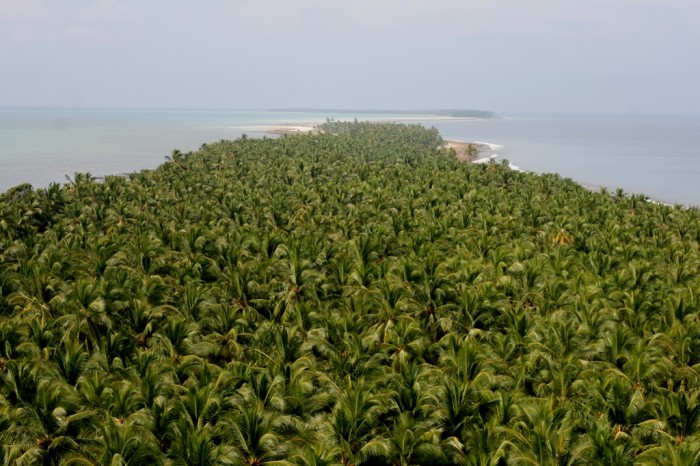