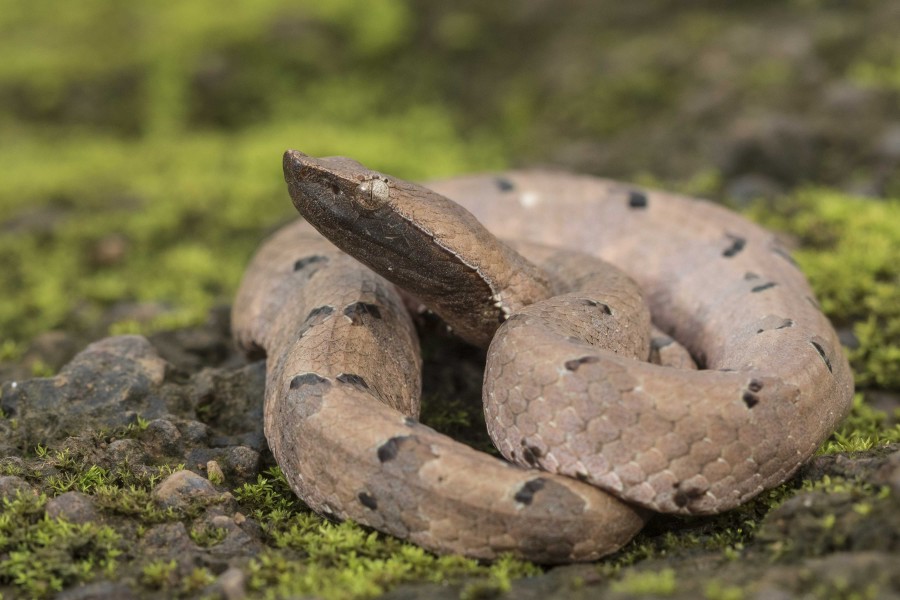 A few months ago I got a phone call from my collegue Vicky. He was bursting with excitement. ‘I have something very special for you’ was all he was willing to tell me. Vicky rescues many more snakes from people’s houses than I do and sometimes finds some very interesting specimens. The biggest Russell’s viper I have ever seen was caught by him some years ago. Quite a feat considering he is about a foot shorter than me! 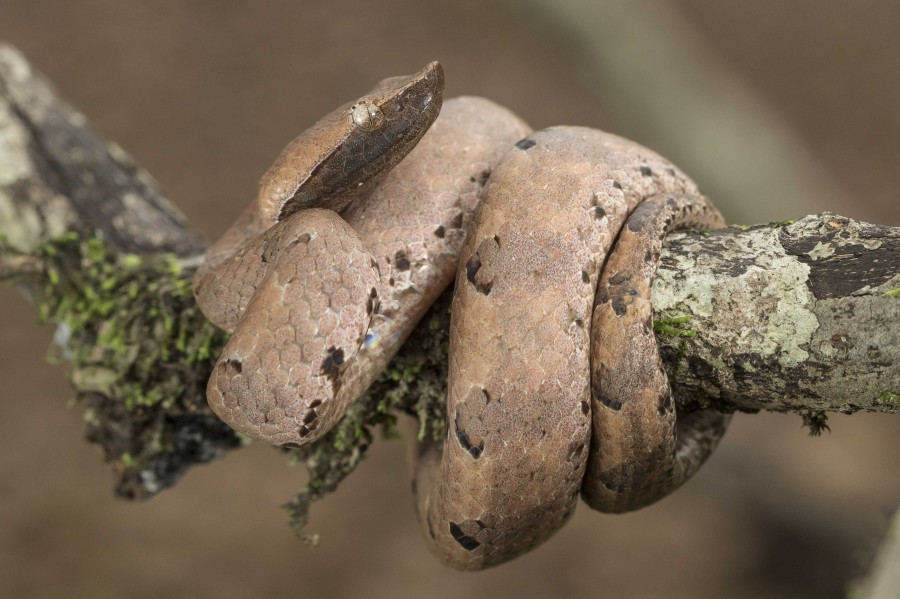 The ‘eager beaver’ I am I wasted no time in getting to his house. Vicky had a smirk on his face when he presented me with a small plastic jar. I stared incredulously at the stocky snake curled within it. It was the first time I was looking at a live hump-nosed pit viper! As far as I knew hump-nosed pit vipers were only found in deep jungles in the Western Ghats. 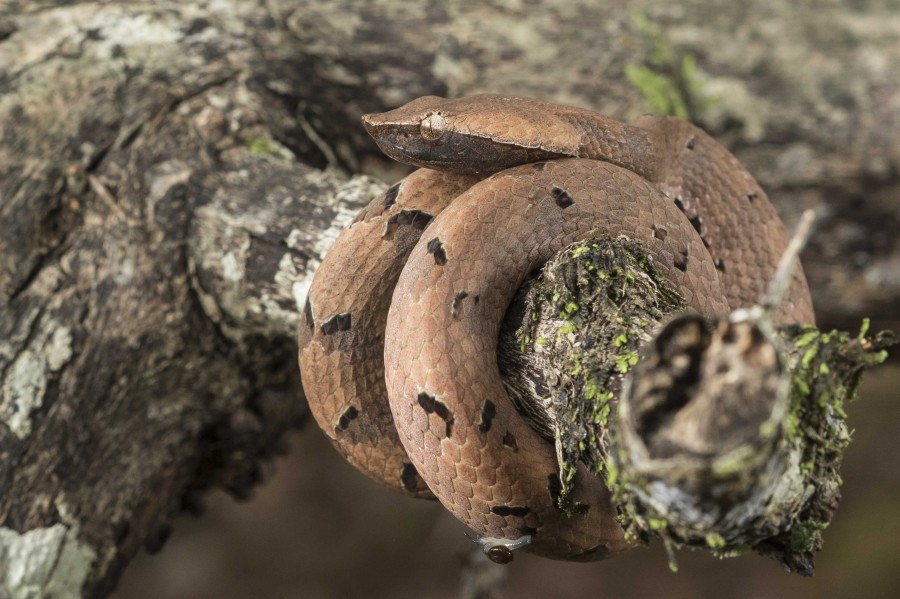 ‘Where did you find this thing?’ I quizzed Vicky with amazement.
‘Given to me by a doctor’ replied Vicky gesturing in the direction of the Goa Medical College situated right behind his house. Apparently someone had been bitten by the small snake when placing his hand on a tree in a forest. Not knowing what snake it was the victim had captured it alive and brought it to the hospital for identification. The doctors not being any better at identifying it had called up the only person they knew could recognize it: Vicky! 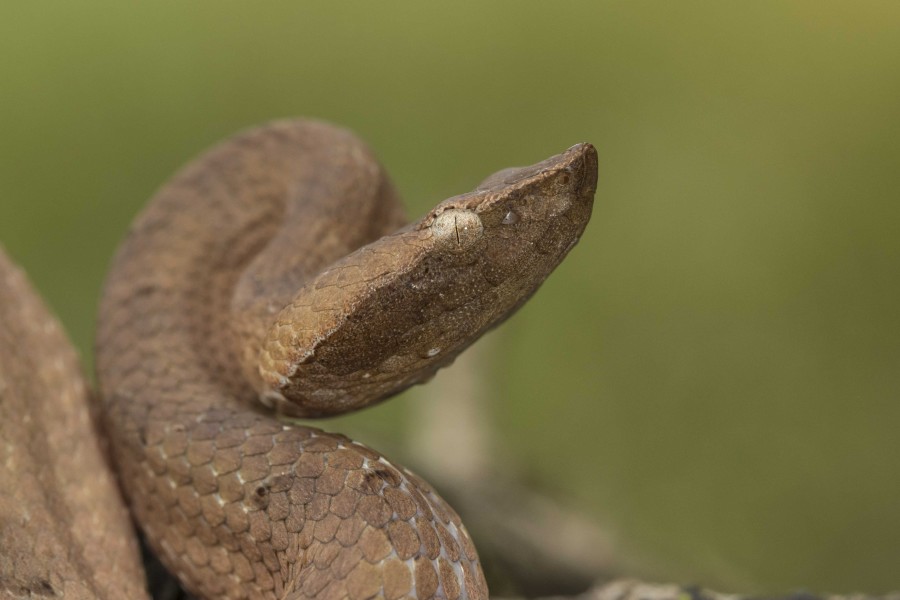 Vicky unfortunately hadn’t bothered to ask the doctor about the effects of the venom on the victim. The venom of this viper is supposedly quite toxic and can cause considerable pain and swelling. What’s worse is that there isn’t any antivenin made for combating this snake’s venom. Doctors can only provide the patient with supportive treatment in the form of IV’s, renal support, blood transfusions and the like.

I imagine this bite victim would have still survived though since Indian pit viper bites are rarely fatal. I cannot imagine how badly the victim fared with this bite since there is considerable disagreement among researchers about the effects of this snake’s venom: many believe that bite victims fully recover in a few days with little treatment, whereas others believe that bites from this snake could be fatal. 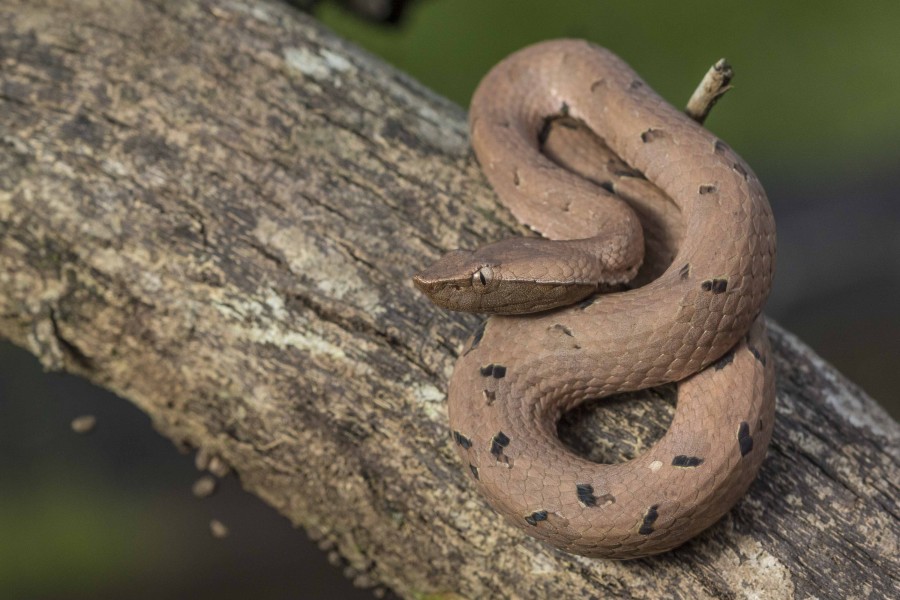 Back home I put the snake on a log of wood to photograph. The snake made no attempt to escape at first and coiled up beautifully for the photograph. But disconcertingly every time I approached the snake with my camera it would literally fly off the log striking straight at me! I’d never seen this kind of behavior from a snake before. In comparison I’ve almost never seen a Malabar pit viper strike! After a while I figured out that I needed to move extremely slowly towards the snake if I were to get close enough for photographing it. This seemed to work and eventually I had my shots of it.

Snakes of India mentions the hump-nosed pit viper to be nocturnal and terrestrial. The hump-nosed feeds on geckos, skinks, small rodents, reptile eggs and frogs. Juveniles apparently wriggle their tails to lure prey closer to them. The hump-nosed is an ovo-viviparous species giving birth to between 4 and 18 young which are born between March and September. 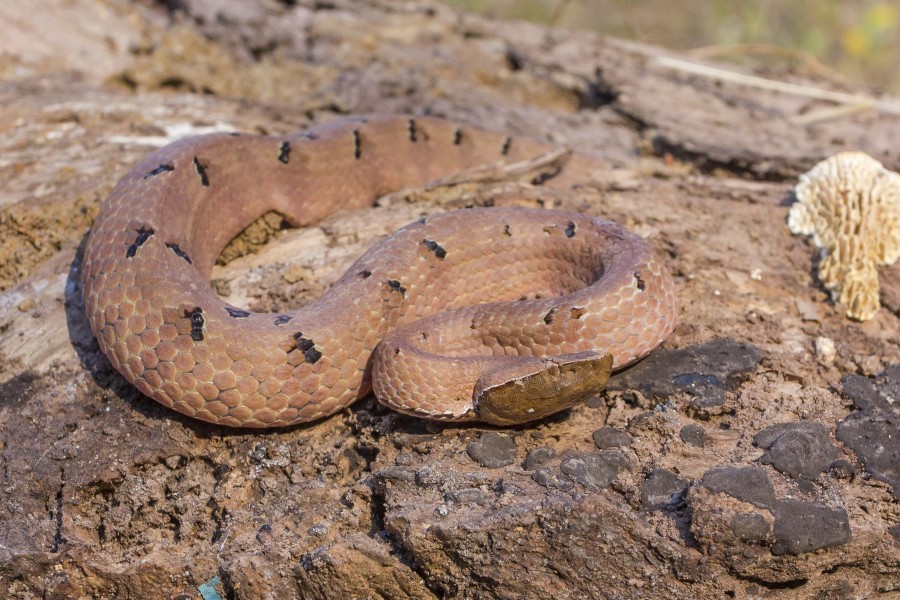