The Vigor’s sunbird is one of the few birds that is much better seen during the monsoons than during the dry season in Goa.

The photograph below is probably my most prized bird photograph. I shot this bird in very low light at a 1000 ISO on a 7D mark II and a shutter of only a 400th of a second. In addition the bird was flitting around quickly and locking focus was especially difficult in such low light. Hence my immense pride in this shot! 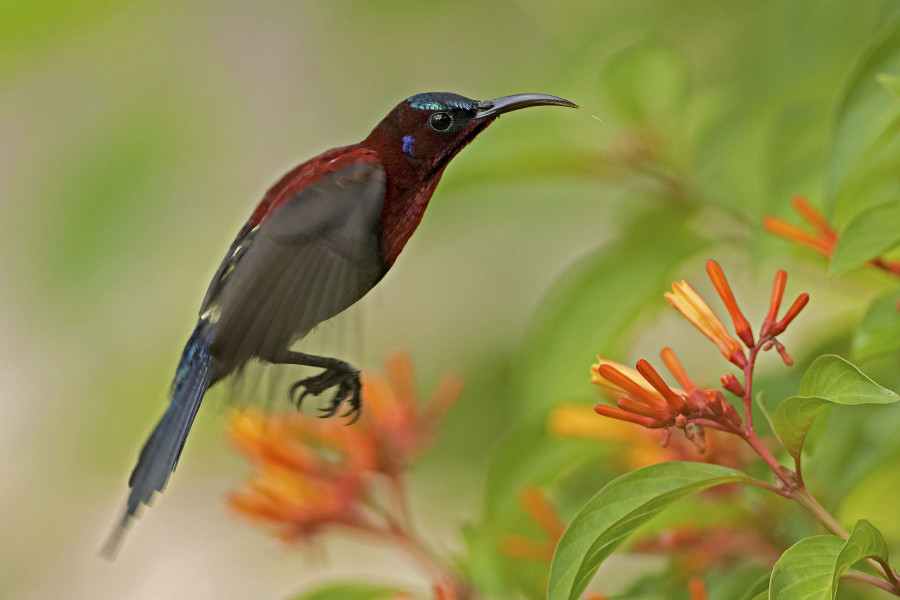 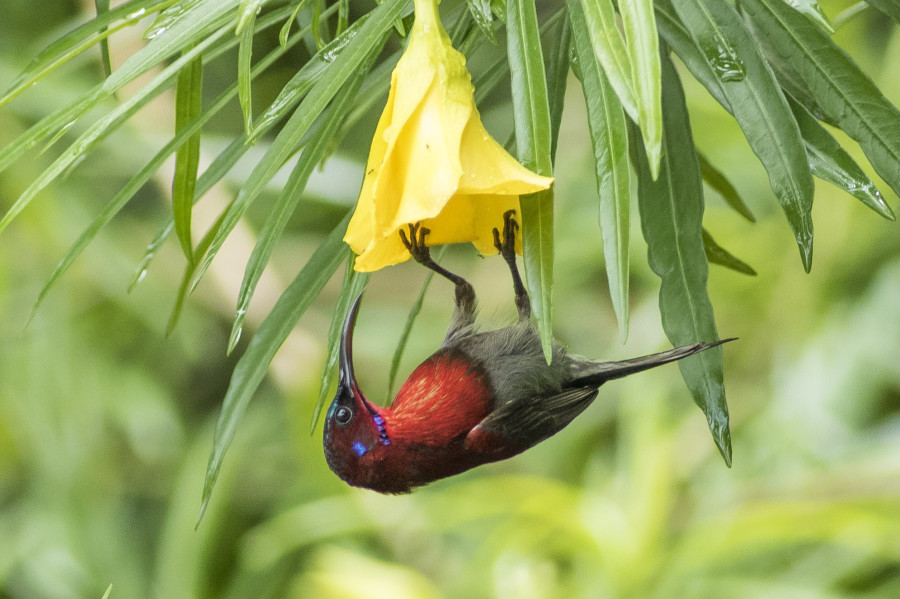 The shot below made the cover of my book Birds of Goa. It was shot at ISO 1600 on a Canon 550D handheld on a shutter speed of 1/500th of a second on a non IS lens. The bird was perched on some flowers right in the front yard of my mother’s house! 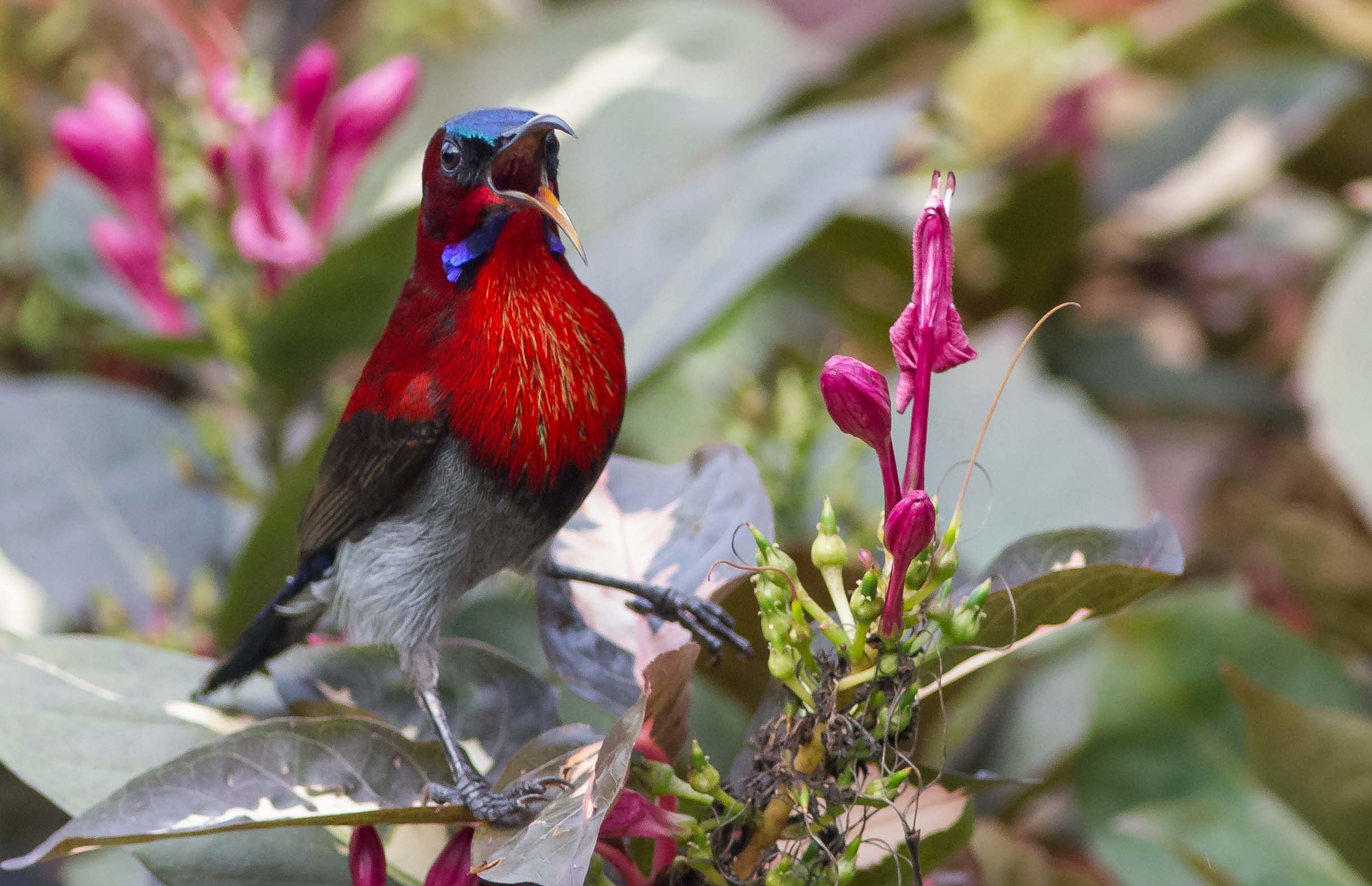 On our bird bath along with a Tickel’s Blue flycatcher and a Purple rumped sunbird! 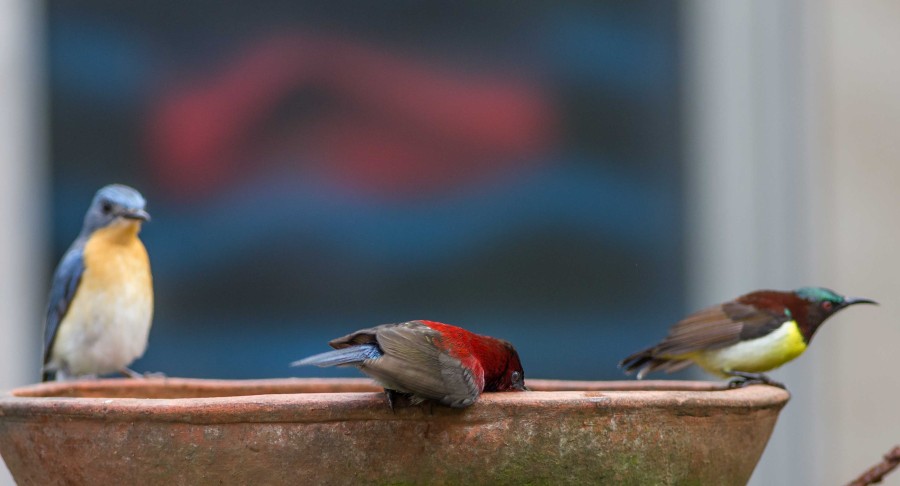 Below is the Crimson backed sunbird. The smallest sunbird in Goa 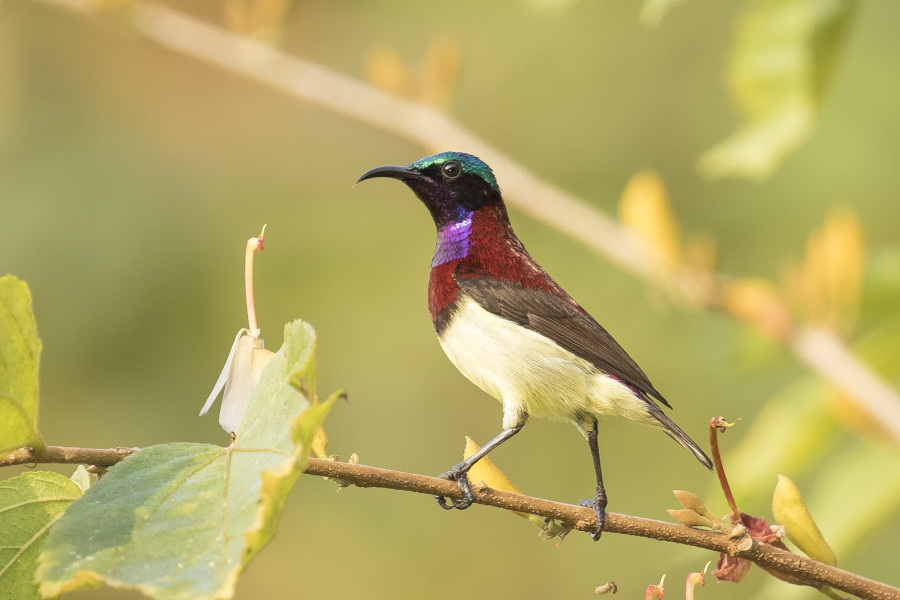 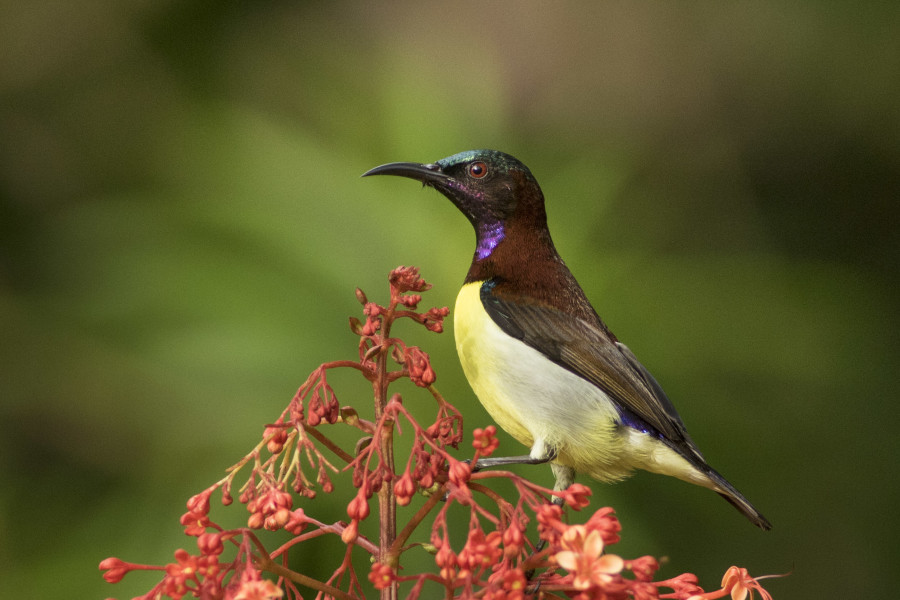