Click on the pics themselves to load them in high resolution 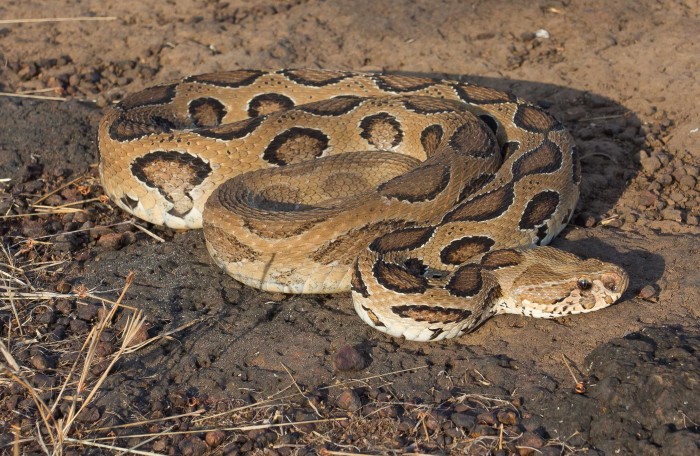 When I trained to handle snakes with the Irula tribe at the Madras Crocodile Bank a few years ago, it was but natural that I should attempt learning to handle the ‘Big Four’ last. But even among the ‘Big Four’ there was a definite order in which I was allowed by the snake handlers to handle the snakes. All four species are very different from each other not just in type and toxicity of venom but in temperament and biting efficiency as well. 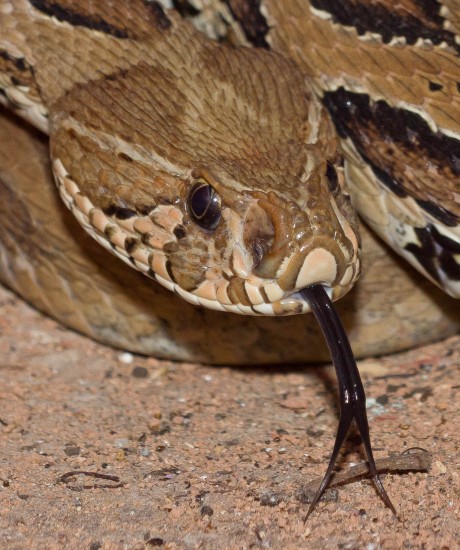 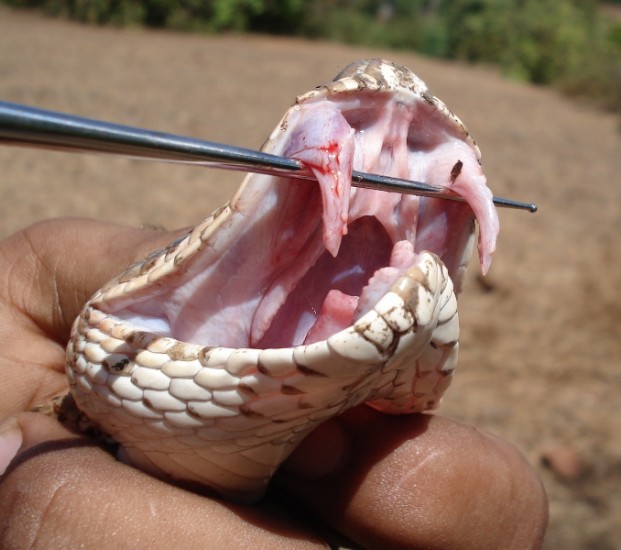 The most infamous and much feared Indian Common Cobra was considered by the Irulas to be the easiest to handle! It was therefore the first venomous snake that I was trained to get familiar with.

The next was the very placid but most venomous Common Krait. The Saw Scaled Viper figured at number three (though the snake is so small you can only handle it with a small snake hook).

Last in line was the Russell’s Viper, a snake which the Irulas always viewed with ominous foreboding – I would say with good reason – since many of the Irulas had suffered at least one bite by this creature. Viper bites are known to be extremely painful and I’ve been very fortunate in not falling victim to one so far. I’ve had some very close shaves though, handling Russell’s Vipers in the course of which I escaped by the skin of my teeth and I know I won’t forget those lessons ever!

What makes a Russell’s Viper more deadly to handle than a cobra is its speed, fang size, and extremely unpredictable nature. While I can sometimes pick up a cobra barehanded, lifting its tail directly off the ground, I will never do so with a Russell’s Viper.

I remember having tried this once so many years ago. I had only been rescuing snakes a year and half but I was already on to believing that I was quick enough to pull off this feat with a Russell’s Viper (in retrospect, this was decidedly an act of sheer lunacy!).

The Russell’s Viper I was trying to capture was moving slowly on open ground along a compound wall. It had spotted me and was probing its head around trying to find a hole in which to disappear. While the snake’s head faced away from me I stretched my arm towards its tail hoping to pick it up gently with my fingers.

In that very moment the viper had swung around so quickly that my grabbing hand now faced the head of the snake instead of its tail. Fortunately the snake was only trying to make a getaway. If it had really wanted to bite me I believe that it wouldn’t have missed. Ever since, I’ve always picked up Russell’s Vipers with my snake hook.

While the cobra’s defensive posture is a raised hood, a Russell’s Viper’s is a coiled up circle. The viper’s head sits in the centre of the circle, inhaling and exhaling forcefully, producing two distinct tones of sound for air rushing into and out of its large nostrils. The hissing viper can be almost as loud as a pressure cooker.

From this coiled position the snake can strike at a forty five degree angle upwards in any direction. The coiled-up viper gives no indication of either the direction or the distance it can strike.

Both cobras and vipers are front fanged with a fang attached to either side of the upper jaw (approximately the same area our own canine teeth are located).

The fangs of a viper, however, unlike those of a cobra, are hinged and movable. A sheath and muscles fold the fangs along the jaw and swing them into position when the snake wants to use them.

Were it not for this mechanism the viper’s extremely long fangs (16 mm) would force the snake to move around with its mouth open all the while. The long fangs of the viper render the holding of its head an extremely dangerous affair: were you to hold a viper’s head with a finger supporting its lower jaw, the reptile could still get you by biting through its own lower jaw!

Russell’s Vipers are often confused for young pythons since both are stocky snakes with distinctive markings all over their body. The markings on a Russell’s viper’s body however are relatively symmetrical (diamond or elliptical in shape) whereas those of a python are haphazard and asymmetrical.

Another difference between the two snakes is in the shape of their heads. Russell’s Vipers have a triangular head whereas pythons have one that is more rectangular in shape.

Russell’s Vipers are among the few Indian snakes that have a very rough sandpapery upper body. Pythons, like most other snakes, are smooth all over.

Like all vipers the world over, Russell’s vipers are ovo-viviparous; they give birth to live young. That doesn’t mean they are like us. The female merely carries the eggs within her body, providing an extremely safe place for them until they hatch! 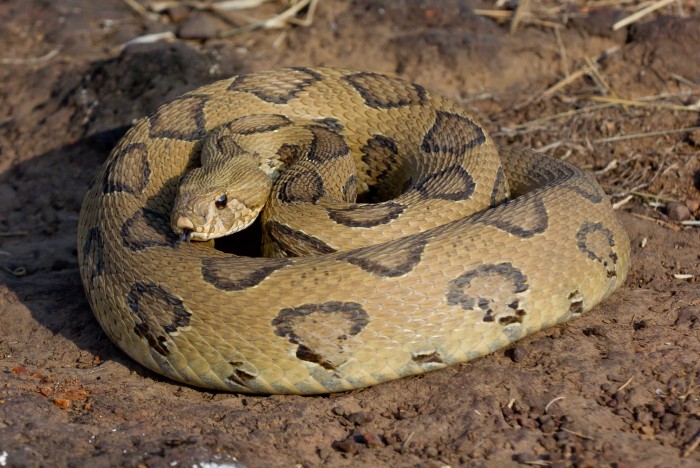